The Federation HouseAustralian House Styles
Back to: Books 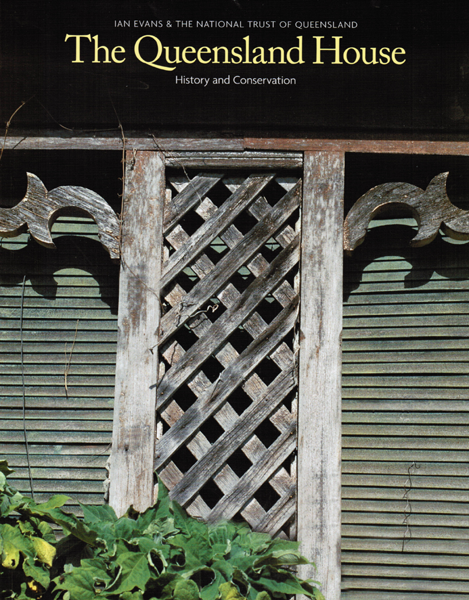 The houses of Queensland are unique in Australia. Broad verandahs shaded by gracefully curved expanses of roofing iron, tall stumps, lattice, roof ventilators, and a host of subtleties combine to give the Queensland house of the nineteeth and twentieth centuries its own special qualities and visual character.

It might be thought that determining why Queensland houses are so very different from those found elsewhere in Australia would be a simple matter. But it has taken years of research to unravel a very complex story and find the answers to some fundamental questions about the traditional architecture of Queensland. For example, why were houses built on stumps and set well above ground level? Where did ant caps originate? Who developed the concept of exposed timber framing on exterior wall surfaces?

Some unusual contributors to the appearance of these houses have been indentified during research for this book. They include a reform group of the Anglican Church, A Philisophical Society and a Brisbane jam factory that manufactured an item that became one of the distinctive features of the Queensland house. And some innovations that were not adopted have been noted, including the ceilings of 'Deutch biscuits' introduced by German settlers in the 1830's.

Supplementing the historical information is a definitive guide to conserving these houses, producted by the National Trust of Queensland. This information will help to preserve the houses of Queensland and old timber buildings elsewhere in Australia into the twenty-first century.